“The Invitation”, the documentary film to show Laudato Si’ to the world

Pope Francis and his inspiring encyclical, Laudato Si’, which has motivated millions of people to care for our common home and work against the climate crisis, will be the focus of the upcoming feature-length documentary film “The Invitation,” to be released in late 2022.

“I wish to address every person living on this planet” says Pope Francis in the opening pages of his encyclical letter, and this is what Nicolas Brown, director of the film, from the production company Off The Fence, together with the Laudato Si’ Movement want to achieve with the film: that all the people of the world understand the Church’s concern for the cry of the earth and the poor.

“The Invitation” follows diverse ecological advocates from around the world: a climate refugee from Senegal, a young activist from India, two marine biologists from the United States and the leader of an indigenous community in Brazil. They receive an “invitation” to meet Pope Francis at the Vatican. 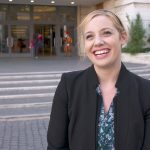 Moderated by Deborah Castellano Lubov, Vatican News correspondent and NBC News contributor, the webinar featured the film’s director, one of the protagonists, Arouna Kandé, from Senegal, and Father Fr. Joshtrom Kureethadam, Head of the Office for Ecology and Creation at the Vatican’s Dicastery for the Promotion of Integral Human Development.

Father Kureethadam, who also appears in the feature film, responded to the question of why climate and nature are a concern of the Church: “The Earth is not just a place but a home for us, which unfortunately is being destroyed. Therefore, we have to respond to its cry,” he said.

Nicolas Brown confessed that when he began shooting the film, he “was very ignorant about the issue and the Church’s commitment to climate change”. However, the director confessed that embarking on the filming transformed him: “The Pope really opened my eyes to make me realize that this is an issue that concerns us, even people of faith. I had that revelation.”

Meeting Pope Francis was for Brown a pivotal moment of the shoot: “It made me understand why all this work is happening. Without the spiritual aspect we’re not going to be able to solve the climate crisis.” Now, the British filmmaker, says that the fight against the climate crisis became one of the driving forces in his life.

“During the shooting of the film we became a family united by the greatest challenge that humanity has, the fight against the climate crisis,” said the director, and with joy he encouraged communities and churches to watch the film together, “it will be the most beautiful thing about this film, it fills me with hope.” 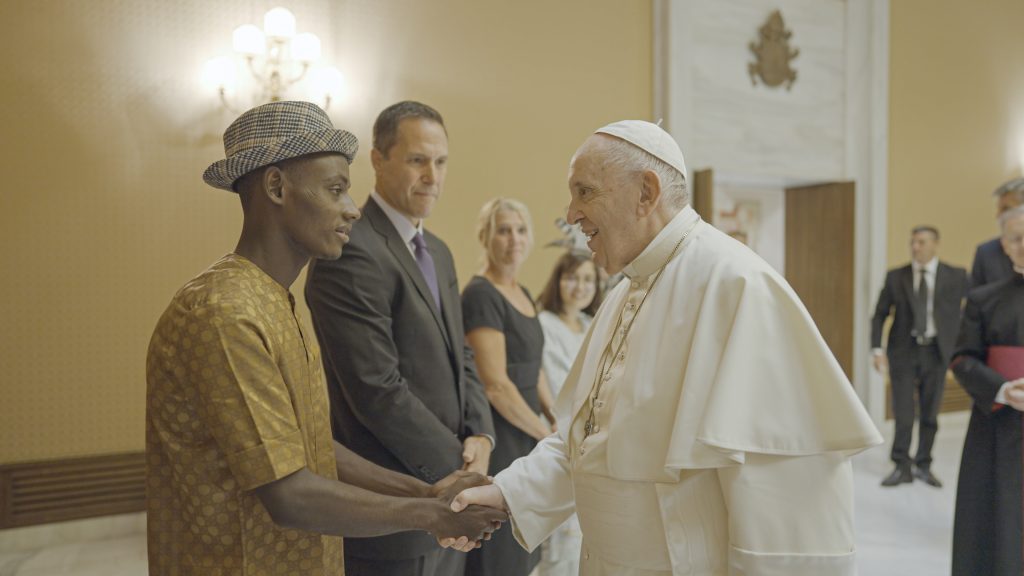 Arouna Kandé is a climate refugee, administrative assistant at Maison de la Gare, who has received training as an educator and leader. During the filming of “The Invitation” when he traveled to the Vatican to meet Pope Francis, his family and friends suffered a terrible flood in their city, and many migrants died. At that moment, the entire film crew discovered how real the cause that was motivating them was.

Kandé was born in the south of Senegal and his parents died during his childhood. In his youth he had to move to the north of the country “because in my town there were no trees, and too much poverty.” “We young people had been abandoned by the government, by politicians, even by our parents,” he explained.

But in the north things were not easy either: “Climate change made us homeless, we had to beg for money on the street and we were not part of society.”

The event, broadcast in five languages, was attended by thousands of viewers from various countries and regions of the world who were able to ask questions to the speakers. Although there is still no release date, it is anticipated that the feature film will be available for free home viewing before the end of this year.

More details and information can be found at theinvitationmovie.com.

“I urgently appeal for a new dialogue on the future of our planet.” Pope Francis.