Jeff Sachs: “We all inhabit the same planet and share the same air”

To discuss the current reality of fossil fuels and the transition to sustainable development, linking the climate crisis to war, the fourth day of Laudato Si’ Week brought together a panel of experts in a webinar.

Jeffrey Sachs, senior advisor to the United Nations, author of numerous bestsellers and leader in Sustainable Development, began by recommending four key points “to save this world and save us”: ending the war in Ukraine, ending the pandemic and remembering the two key actions taken in 2015 for sustainable development, the Paris Agreement and the UN Climate Change conference.

Later, Omar Elmawi, from Uganda, coordinator of the #StopEacop coalition, participated, who spoke about the damage being caused by the installation of this pipeline of thousands of kilometers between Uganda and Tanzania; and later Whitney Terrell, director of the Environmental Justice Program of Minnesota Interfaith Power and Light, mentioned the seriousness of a similar situation in the region of Minnesota and the Mississippi River.

Svitlana Romanko, coordinator of the Support Ukraine project, made a brief intervention to mention how the war is connected to the fossil fuel issue. Then Davide Panzeri, spoke about the Taxonomy of the European Union that is being designed to understand what is green energy and what is not, and how people should inform themselves to divest from fossil fuels.

Sylvie Boukari-de Pontual, lawyer, professor and president of CCFD-Terre solidaire spoke about the importance of divestment to address the climate crisis, involving the Gospel and the Social Doctrine of the Church in these practices, and taking action to influence governments to take action.

Magdalena Noszczyk and Ashely Kitisya of the Laudato Si’ Movement shared a moment of reflection, inviting the audience to reflect on the main ideas presented by the speakers. They also invited the audience to sign the divestment treaty.

The panel was moderated by Dr. Martin Kopp of GreenFaith. The meeting began with a prayer by Bishop Jean-Pierre Vuillemin, Auxiliary Bishop of Metz, and ended with a blessing by the Bishop of Assisi, Bishop Domenico Sorrentino.

Highlights from the speakers: 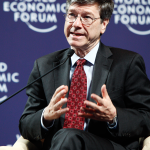 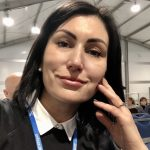 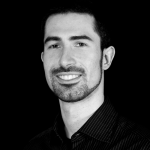 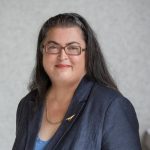 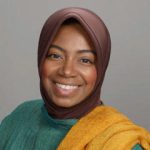